Thirty-three-year-old Da Peng [Big Roc], whose real name is Dong Chengpeng, is an actor, radio host, musician and film director. He got red hot while hosting the talk show Big Roc Yada Yada, which was named the "most poverty-stricken talk show in history." After that he directed and starred in the comedy drama Diors Man* [aka “The Gentleman Loser”]. The movie’s on-demand volume has already topped one billion, and because of that, Big Roc has completely gone from red hot to purple hot.
The movie Jian Bing Man** [aka “Sir Pancake”], which he edited, directed and starred in, was released throughout China on July 17, 2015. He not only won “Best New Director” and “Best New Male Actor” for that movie at the Twelfth Film Channel Media Awards, but also ascended to the “One Billion Club” based on pulling in an astounding 1.1 billion ticket sales at the box office, becoming one of the directors with the greatest box office value in China.
Since starting down this road, Big Roc has stuck all the way with comedy, or as he calls it, "a specialty cure for unhappiness" and "saving joy through humor". He says, "Whenever one more person in the world laughs, that’s one less person crying,” and “No matter what difficulties you encounter, even on days when you just can’t deal with it, you still need to laugh.”
As a result he’s kept laughing all the way through to becoming the biggest winner.

When Big Roc was a guest on the TV talk show A Date with Lu Yu to discuss his film Sir Pancake, Lu Yu asked him: "Why call it Sir Pancake and not Sir Fritters or Sir Meat Pie or some other kind of Sir?”
"Because I like pancakes,” he replied.
“That simple?”
"That’s it,” Big Roc said. "A very pig-headed reason. Now when people see me on the street, a lot of them like to call me ‘Sir Pancake’. A month before the movie came out, when people saw me they’d yell, ‘Hey, it’s ‘The Loser!’ I feel much happier now that I’ve finally changed from a loser to a sir, ha, ha!”
You’ve got to smile at that.

Sir Pancake went against Monster Hunt: Wrestling the Devil and Monkey King: The Hero is Back in the 2015 summer time slot. A reporter asked Big Roc, "Are you afraid the movies coming out at the same time will impact your box office?”
Big Roc retained his sense of humor when he replied with generosity, "Wrestle and Hero are excellent domestic films. I’m honored to be shown in the same time slot with them. I hope that fans will eat pancakes while they watch the Hero wrestle the Devil, so we can work together to create more wonders.”

On July 20, 2015, Big Roc went to Zhengzhou in Henan Province to promote Sir Pancake. After the promotional event, he saw a roadside pancake stand with a sign saying "That dolt Sir Pancake missed the mark, our egg waffles are more tender and flavorful!" A middle-aged woman in back of the stall was busy frying pancakes for the stall's customers.
Big Roc was in a car and he had the driver stop immediately. "I'm going to get out of the car and have at it with this old lady," he said. His assistant, who didn't understand the situation, couldn't object fast enough. "Are you crazy?"
Go figure. Big Roc got out and had his picture taken with the "Lady Waffle" woman. Later he updated his blog and when his online friends saw the lighthearted picture, they teased "Lady wins" or "Big Roc comes back down to earth!"

As the director and star of The Gentleman Loser, Big Roc was asked by a reporter, "Off the record, what do you think of gentleman losers?"
"After I made that movie," Big Roc answered, "I realized that losers need something to be referenced against. When me and that sexy goddess Ada Liu are together, I'm a loser. And the Big Roc who did Big Roc's Yada Yada was the image of a typical loser.
This term for “loser” is like "yada yada". When I started I was excluded from everything, but after I'd done it a while I was in tight. There's an attitude in this, a kind of self-deprecating humor, and it’s a hard attitude to attain. So, the ones who are willing to admit that they're losers, aren't losers, and the ones who aren't willing to admit it, are. Except for those guys who're born with silver spoons in their mouths, everyone's a loser. It's like my friend, the famous actor and director Stephen Chow, he's a loser through and through."

Not by Her Breasts

Bic Roc and Ada Liu are quite good friends in real life. Liu was the first to come out for Bic Roc shooting The Gentleman Loser. People often diss her, however, because she appears films and promotions wearing very little. Critics have said, "She got where she is by renting her breasts."
Once in a live interview Big Roc refuted that to an entertainment

reporter. "A lot of people say Ada got where she is by renting her

breasts. I think not. They're her own breasts. She didn't rent them,"

he said.
"The world doesn't lack people like [her critics]," he continued.

"They've got no abilities themselves, but they look down on people who

do. They say this person or that person owes their success to someone

else! Ada's a female version of me. All the hard work and effort you see

in me, she does it all, too, even more than me, more striving"
Whether he's speaking elegantly or in common language, whether he's being serious or facetious, what he says is moving.

Yes, Anyone Can Direct

No one expected that a “loser” like Big Roc would be able to make such a deeply popular work as Sir Pancake, so much so that they harbored doubts about the debut. So when Big Roc won Best New Director and Best New Actor at the Shanghai International Film Festival, and he came on stage to express his feelings about winning the awards, he said, "Some people think that anyone can be a director these days. I’d like to say, ‘Yes’, and thank you everyone!”
That word "yes" carried in its humor a message that Big Roc remained unconvinced by his critics. It was a strong counter-attack against anyone prejudiced against him and prompted a huge laugh from the audience.

Stephen Chow, known as “Grandpa Star”, has always been Big Roc’s idol. The two got together twice to discuss the Sir Pancake script. Grandpa Star had also encouraged Big Roc in the past by saying, "If you don’t have a dream, everything is just salted fish.”
Big Roc kept hard at comedy for so many years, some people in the industry claimed he’d be the next Stephen Chow. Because of this buzz, a reporter specifically asked Big Roc, "How far do you feel you are from the comedy master Stephen Chow?"
Big Roc cracked an impromptu joke. "I’m a tiny seedling,” he said, “hoping to receive everybody’s attention and care. Don’t put me up to that height. I don’t think anyone can hope to attain the height of Stephen Chow. The great comedian Zhou Libo? I’m still a thousand Zhou Libos away from Stephen Chow."
An answer with self-deprecating humor that gives food for thought.

Not Made of Iron

A reporter interviewing Big Roc asked, “Of the actors in Gentleman Loser, you’re the only one who’s achieved permanence, like you were forged from iron. The others were come and go, not regulars. Is that right?”
Big Roc replied with jocular humor. "I wasn’t forged from iron. Or at least my heart is flesh and blood. There are still a lot of actors, a lot of friends, who call me on the phone asking for jobs. As Confucius said, ‘Isn’t it a joy to have friends come from afar?’”
Hilarious.

In one program, Big Roc was discussing marital problems with distinguished guests. Interestingly, he said "I’ve had a lot of friends who recently, after they got married, summed it up in the four words of the old saying, ‘happy, outside, my, expectations.’”
When the guests expressed their astonishment, Big Roc turned it around. "That is, their expectations for happiness were outside the marriage."
The audience and the guests all burst into laughter.

From Tang till Now

In another program Big Roc used a metaphor to talk about how high housing prices these days are giving people headaches. He said facetiously, but seriously as well: "If the price of a home is thirty thousand yuan per square meter, and the home is a hundred square meters, then the total is three million yuan. So a peasant farming three acres of land who earns four hundred yuan a year has to work from the Tang Dynasty to the present to be able to afford a home. And that's only if he doesn't encounter any disasters."
The audience expressed its agreement with fervent applause and laughter.

When he first became famous, Big Roc was playing a game on one program when he rather embarrassingly slipped and fell. The host immediately handed him the microphone and said, "Big Roc, please tell us about your experience playing this game."
Big Roc stared blankly at the microphone for what seemed like forever but couldn't think of anything to say.
After the program was recorded, Big Roc lay in his hotel bed for a long time, crying and feeling particularly stupid. He'd always looked for opportunities to say more things, but when this opportunity knocked, he couldn't answer the door. As he cried he thought about it, and finally he knew how he could've responded: "You see me sitting here looking embarrassed and you think I look like I've had a lot of experience?"
He wrote the sentence down in a notebook, but unfortunately never had a chance to use it. Years later, he told this story and made fun of himself: "We live in beautiful times, but I've got no value, no talent, and no backstage support. All I've got is a willingness to work hard. "

*[The Chinese title is “屌丝男士”. “Diors Man” is the translation used in promoting the movie, and clips are available on YouTube under that name. “Diors” appears to be an attempted transliteration of “屌丝”, a slang term which translates literally as “cock silk”. Despite the imagery evoked by that term, it is used to denote “a loser”. Fannyi would have translated the title as “The Gentleman Loser”.]
**[The Chinese title is “煎饼侠”. “Jian Bing Man” is the title used by the movie’s promoters, and clips are available on YouTube under that name. “Jian Bing” is a transliteration of the first two characters, which are usually loosely translated as “pancake” (although the Chinese version often includes a meat filling). The third character refers to a “knight”. If called upon to translate the title, Fannyi would have been torn between “Sir Meat Pie” and “Sir Pancake”.] 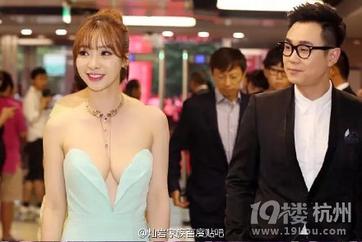