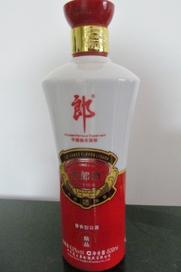 I didn’t have much time for blogging this week, so today I’ll just offer some random tidbits.

Would it change your mind if I told you it was 106 proof? I didn’t think so.
It didn’t sound good to me, but I went ahead and bought a bottle

anyway. I had to give it a try, just so I could say I did. I expected it to be an

"acquired taste" at best, but you know something? I was actually rather

surprised. It wasn’t half bad…. It was seven-eighths bad. The only good part

was the pretty bottle. I think it would have been better if it had actually

2. Want Fries with That?
This is Oriental Aunties’ fast food restaurant on West Ring Road in

the acronym DFDM. I’m sure Auntie must pay royalties to McDonald’s for

using the Golden Arches as the “M”, mustn’t she?
Auntie specializes in fried chicken and French fries, and she’s pretty

good at it. As is usual here, she calls her chicken sandwiches “hamburgers”.

If you want a hamburger that’s actually made with ground beef, you have

to go to the local McDonald’s or to an expensive hotel restaurant.
Incidentally, there is only one McDonald’s in Liuzhou, but six KFCs (at

last count), not to mention a number of KFC copy cats. I take this as

indisputable proof that the locals have excellent taste in junk food.

3. Speaking of French Fries
If you live in Liuzhou and have noticed a stronger chlorine smell in the tap water recently, this may explain it: The Liuzhou city government now contracts some of its water supply duties out to a private company, Veolia Water (see here). Veolia Water is a subsidiary of a French conglomerate, Veolia Environnement Siège social, headquartered in Paris.
The place where I live in the U.S. contracts out some of its garbage collection duties to a private company, Veolia Environmental Services North America, which is also a subsidiary of the same French conglomerate. Seems I can't get away from those guys. I know it’s a small world, but I didn’t realize it was that small.
Warning: Despite the chlorination, you still need to boil the water before drinking it.

tourist destination: an artificial beach made by dumping sand into a

relatively shallow part of the river; across from the man-made waterfalls

created a few years ago by pumping water out of the river; not far from the

burned down 90 years ago.
I’ve started a betting pool for how long it will be until the new beach is

washed away by the river. The person who picks the closest date will win

what’s left of my Soy Sauce Booze. Only the booze, though – I’m keeping the 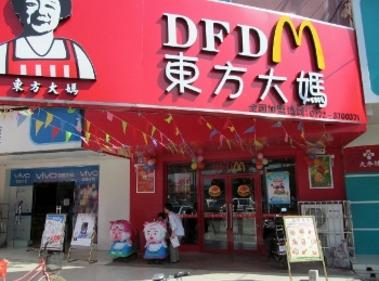 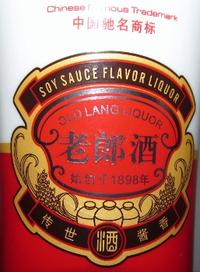 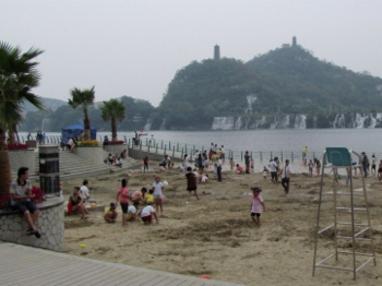