I was at a hospital in the countryside working as a laboratory technician at the time. One day I went to the stockroom to get a new tarp.
The old lady in charge of the place turned every nook and cranny upside down. Then she told me, "No one's used the kind of tarp you want in years. It's out of stock."
As I was walking out, disappointed, I happened to notice a piece of tarp in a pile of old junk. It was folded into a neat square and I could see its pea green color on the side that was sticking up.
I was pleasantly surprised. "This piece of tarp will do just fine," I said. "Let me have it."
Without skipping a beat, the old lady said, "Can't do that."
"Has someone else already ordered it?" I asked.
She seemed to be lost in her memories. "No," she said, somewhat absent-mindedly, "that's not it.... I didn't think you'd go through that pile.... When I brushed it that time, it was so hard to get clean...."
"It doesn't matter if someone's used it," I interrupted. "I'm just going to use it to cover my workbench, after all. It'll be OK as long as it doesn't have any holes in in it."
"Don't be in such a hurry, miss," she said. "Listen while I tell you the whole story of this tarp, and if you still want to cover your desk with it, I'll give it to you ––
"Back then I was about the same age as you are now. I worked in the ward as a nurse, and everyone said I had a good attitude and good skills.
"One day two severely burned patients came in, a man and a woman that I later learned were lovers, newlyweds to be precise. They'd been good friends for many years, and had been through some really hard times, and had finally made it to their wedding day. Who could've known that some evil bastard would light a fire under the eaves of their house on their wedding night. The flames were fierce and burned the two of them like charcoal.
"I was assigned to be their nurse. Their two beds were in the same room, the man on one side and the woman on the other. Their bodies were pitch black with a lot of fluid oozing out, like their blood had been turned to water by the flames. The doctors couldn't do anything except strip their clothes off and smear on a thick coat of sesame oil, which was the best treatment we had for burns at the time.
"But they continued to leak fluids. The sheets would be soaked through in just a few minutes after being changed. Moving their charred bodies to change the sheets was so painful for them. The doctors had no choice but to cover them with a tarp. I wiped up the purplish secretions from the tarp continuously, trying as best I could to keep the undersides of their bodies dry.
"The other nurses said it was my bad luck, having to care for patients like those two. They said, 'Working hard and getting tired isn't really a big deal, but their groans in the night, like screams coming out of a chimney, that must be terrifying!'
"I told them, 'I've already gotten used to seeing their purplish black bodies, and besides, they never moan.'
"The other nurses were surprised. 'With such serious injuries,' they said, 'if they don't moan, it must be because their vocal chords are burned.'
"I answered them back angrily. 'Their vocal cords seem to have been kissed by God. They didn't get hurt in the fire at all.'
"The others refused to believe that. 'If they don't moan,' they asked, 'how do you know their voices weren't injured?'
"I said, 'Because they sing! Late at night, when everything's quiet, they sing songs to each other that we can't understand.'
"Late one night, the man's body exuded a particularly large amount of fluid, so much that he was about to float, so I gave him a new tarp. Yeah, it was the one you just found. Even though I was really gentle, he gave out with a low moan. He stopped groaning again after I finished changing the tarp. The woman sighed and asked, 'Has he fainted?'
"I said he had.
"The women also moaned a little and said, 'Our necks are as stiff as cement pipes. I can't turn my head, so I can't see whether he's asleep or awake even though our beds are so close. We never moan because each of us is afraid it might make the other feel bad. Now he's groaned, and that means we're going to die. I'd be so grateful to you, and not make any other requests, if you could just carry me over to his bed. I want to be with him.'
"The woman's voice was really very nice, like a flute being played in heaven.
"I told her no. 'The beds are so narrow, how could two people lay down in one?'
"She smiled and said, 'We're all burned up. We don't take up much space.'
So I picked the purple woman up gently. She was light as a cinder...."

Then the old lady said, "So that's my story. Do you want to have a look at this piece of tarp?"
I unfolded it very carefully, as if I were admiring a huge commemorative stamp. Because of its age, the sections stuck together a little, but I spread the whole thing out.
Right in the middle of that clean, pea-green piece of tarp, the light purple images of two people were nestled tightly together.

Suppose two tribes in ancient times are having an intense dispute over a well. They’ve come to the point where they’ve taken up arms and are on the verge of battle. What would happen?
Suppose further that the tribal chiefs are male, full of noble aspirations and daring. Blood would certainly be spilled. Young men would gather at their sides, shouting war cries. They’d surge forward, itching for a fight, and the fight would indeed begin within a second or two. Rivers of blood would flow in the glint of daggers and swords….
On the basis of their strong physiques, men believe most strongly in a world where the implements of war must come to the fore. They believe even more strongly that all truth comes from the barrel of a gun, and they advocate a fight to settle all the problems in the world.
But what if the chieftain is female? How would things develop then?
The matriarch might at first shut her eyes in fright at the prospect of the upcoming tragedy. Her sex are the breeders and nurturers. When lives are about to be slaughtered, she feels as though a pair of sharp scissors has made a fretwork of her soul, the pain of an awl piercing her bones.
[She would ask,] "Is there any other way, a way to avoid the killing? Isn't this just about a well? Do we have to exchange blood for the liquid flowing in it?
"Let's not make trading blood for water the first step. We'll get around the problem by digging another well." The matriarch yields weakly. "Human blood isn't water. Let's trade our labor for peace."
The people grudgingly accede and dig several holes in the ground. Except for the original well, though, the new holes remain dry.
The people start complaining. Their discontent ignites like a wildfire. "This woman made us show weakness, and made us do hard work, and it was all for nothing."
The matriarch acutely senses the mood underlying the unrest, but pays no attention to the people's resentment and continues to direct them. "Let's go out and look around. We'll explore every place in every precipitous mountain on foot. Our eyes will look in every hidden ravine, and our fingers will touch every bit of wet earth to see if we can find a spring to rival the old well. Let’s do everything we can and go down to the last minute before we break the peace."
There aren’t any. There are no new sources of water there. The people wail to High Heaven when they return home unsuccessful after undergoing so many hardships.
They’ve reached the point where they have no choice but to fight.
Even at this imminently perilous juncture, the matriarch still hesitates. She searches her conscience – Has she had done her utmost to avoid war? Yes, she has. With tears in her eyes, she tells herself that the heart can gradually harden in the midst of tears.
The matriarch counts on her fingers. In the war that is about to start, how many wives will lose their husbands, and how many young mothers will lose their sons? How many children will lose their fathers, and how many families will cease to exist? She must do everything possible to reduce the number who will sacrifice their lives.... Trembling in misery, the woman chief raises her hand high to announce the order for war – but then she lowers it slowly. She does this three times.
She gathers stretchers for the injured, organizes rescuers, decides where the battle will be fought and sends doctors there. She does everything she can to minimize casualties, as she has done everything she could to preserve the peace…. After she has finished all the preparations, the matriarch in great torment blows the horn for the final battle.

Her tribe has won. Her people sing and dance around the well they've won with their flowing blood. But many people are shedding tears amid the revelry, and the tears congeal to form ice crystals. Their loved ones are gone to a faraway place, gone forever.
The matriarch watches the crowd as thoughts that she cannot get rid of spin in her breast. Is there really only enough water for one well under this land? Is well water really more precious than life? How will the people of the other tribe live, how will they survive now that they’ve lost their source of water?
The woman chief isn’t smiling after the victory.
This is the difference between a male and a female chieftain. It is a difference that’s been handed down directly from ancient times, a long-standing difference that has lasted into the present day.
I heard this story told by a black woman at the fourth United Nations World Conference on Women. She repeatedly stressed one sentence: Learn to see the world through women's eyes.

[Fannyi wonders why this essay was chosen for inclusion in an anthology of "humorous writings" from “Comedy World Magazine”. Perhaps the selection committee was all male.] 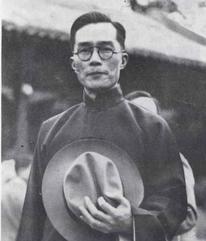