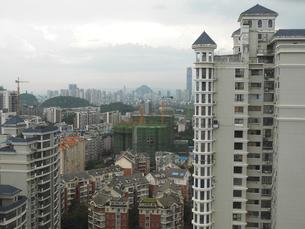 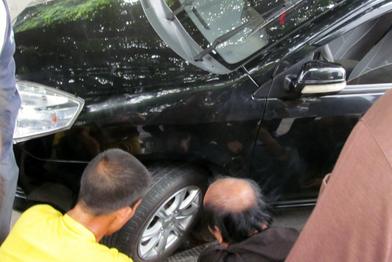 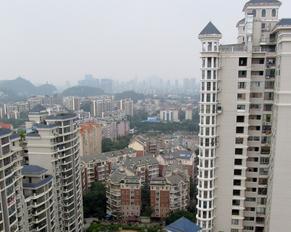 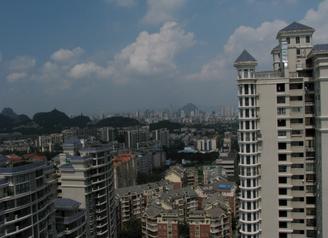 There'll Be Some Changes Made

Laopo and I are back in Liuzhou after a relatively uneventful journey. The only problem was a three-hour delay in the final leg of the trip, the flight from Guangzhou (Canton) to Liuzhou, due to a storm. The airline tried to mollify us with a free lunch while we were waiting for the weather to clear – a can of eight-treasure gruel (which, despite the name, is actually pretty good), a package of soda crackers and a bottle of water. There was a snack bar in the waiting area so I was able to round out the lunch with a mango milk shake.
A lot of things have changed in the year we were away: new roads have appeared where no car had ever gone before; new buildings have sprung up where there used to be, well, old buildings; the traffic has cranked up a notch from mildly insufferable to downright intolerable; and my favorite coffee shop has disappeared in a construction project temporarily masquerading as a pile of rubble. I ended up in a KFC, where ¥6 (≈$0.97) bought me a cup of brownish liquid with an aroma vaguely reminiscent of cheap coffee, plus enough sugar and creamer to make the stuff palatable.
Here’re two pictures taken from the east side looking west toward downtown. The sunny picture on the left was taken in June 2011, and I took the foggy picture yesterday. [The picture on the right was taken in June 2014.] You’ll note some changes in the skyline.

I spent most of yesterday morning walking around downtown, trying to remember where all the public restrooms are (an important consideration for males in my age group). And I almost got run over twice, which is not typical. I’m usually in town at least a week before the first time I almost get run over. I need to brush up on my street-crossing skills.
By the way, last week we published a translation of a newspaper article

and bouncing back out. (Click here.) Yesterday I happened across a guy with

the same problem, except he hadn’t bounced out.
Apparently the manhole cover had slipped to one side when the car

went over it and, for some reason, the car was unable to back out. You

can’t see it in the picture, but the bald guy has a crowbar and is trying to

remove the manhole cover completely, as if that would help the situation.
Liuzhou Laowai has often noted in his blog that the people of this town

have a habit of falling into holes. As more and more people get cars, they

are apparently taking the game to new heights.