Show Me Your Car

I don’t drive in China. Not a car, not even a motorbike. As I’ve mentioned elsewhere, the buses and taxis here are convenient, cheap and almost comfortable (except during the rush crush) and I’m quite content to leave the driving to them. Nevertheless, perhaps from a desire to see how the other half lives, I went to an auto show here in Liuzhou a couple of weeks ago. Cars from all the world's major manufacturers were on display, as well as some I’d never heard of.
This is a Roewe (pronounced “row-way”). That companies' c

interested. I asked the sales lady what country it’s made in and she

looked at me like I was an idiot. "England," she said. It’s actually

made by a Chinese company that purchased some assets of the

English MG brand. I believe most of its cars are made in China.

Only a few models are made at the former MG plant in England, all

of which are for sale in Europe. (See here.) The company is also

expanding into the US. (See here.)
Some say the name "Roewe" is an attempt at "rover" after the old MG

Land Rover, but the pronunciation of the Chinese name (荣威)

sounds more like "wrong way" than "rover". I suspect the company

(sounds like “wager”) is a Chinese brand headquartered up north

but, according to the salesman, this model is made right here in

planned to export the K2 to the US starting in 2012, depending on

how strong sales in China were. (See here). I guess they haven’t

been as strong as expected, since they're not yet being sold there.
Toyota, Nissan and Mazda all had cars on display at the show. I

risk of vandalism by Chinese people campaigning for a boycott of

Japanese imports. (See here). He said there had been no problems

around Liuzhou but I could get "special insurance" to cover vandalism if I was really worried. He wasn’t sure how much it would cost.
I do know what gas would cost. At show time hi-test was ¥8.41/liter ($5.09/gal) and low octane was ¥7.78/liter ($4.71/gal). Mid-octane is not available. Diesel was ¥7.62/liter ($4.62/gal). (They're still the same as of this writing [November 2012]; gas prices are controlled by the government and don't fluctuate much.)
The highlight of the show wasn’t the model cars, though – it was the model girls having their pictures taken with the model cars. And it wasn’t that they were all young, beautiful and wearing skin-tight cheongsam dresses – it was that they were all taller than my 5'9"! True, they were all wearing stiletto heels, but I wasn’t looking at their feet, you know. (Sorry, guys, I was too busy admiring what I was looking at to take pictures.)
By the way, if you decide to get a car, check here for some ideas about finding a parking place. 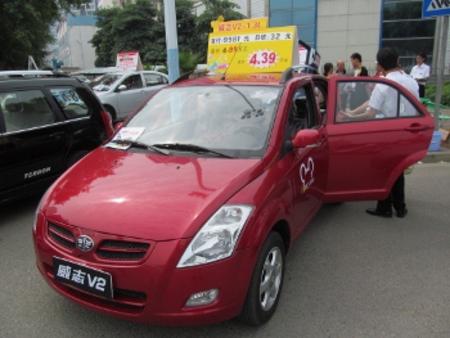 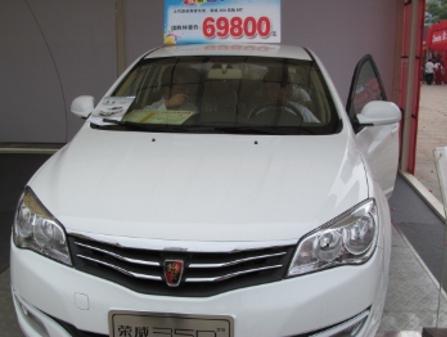